The History of Text Messaging: How SMS Became a Top Performance Marketing Channel 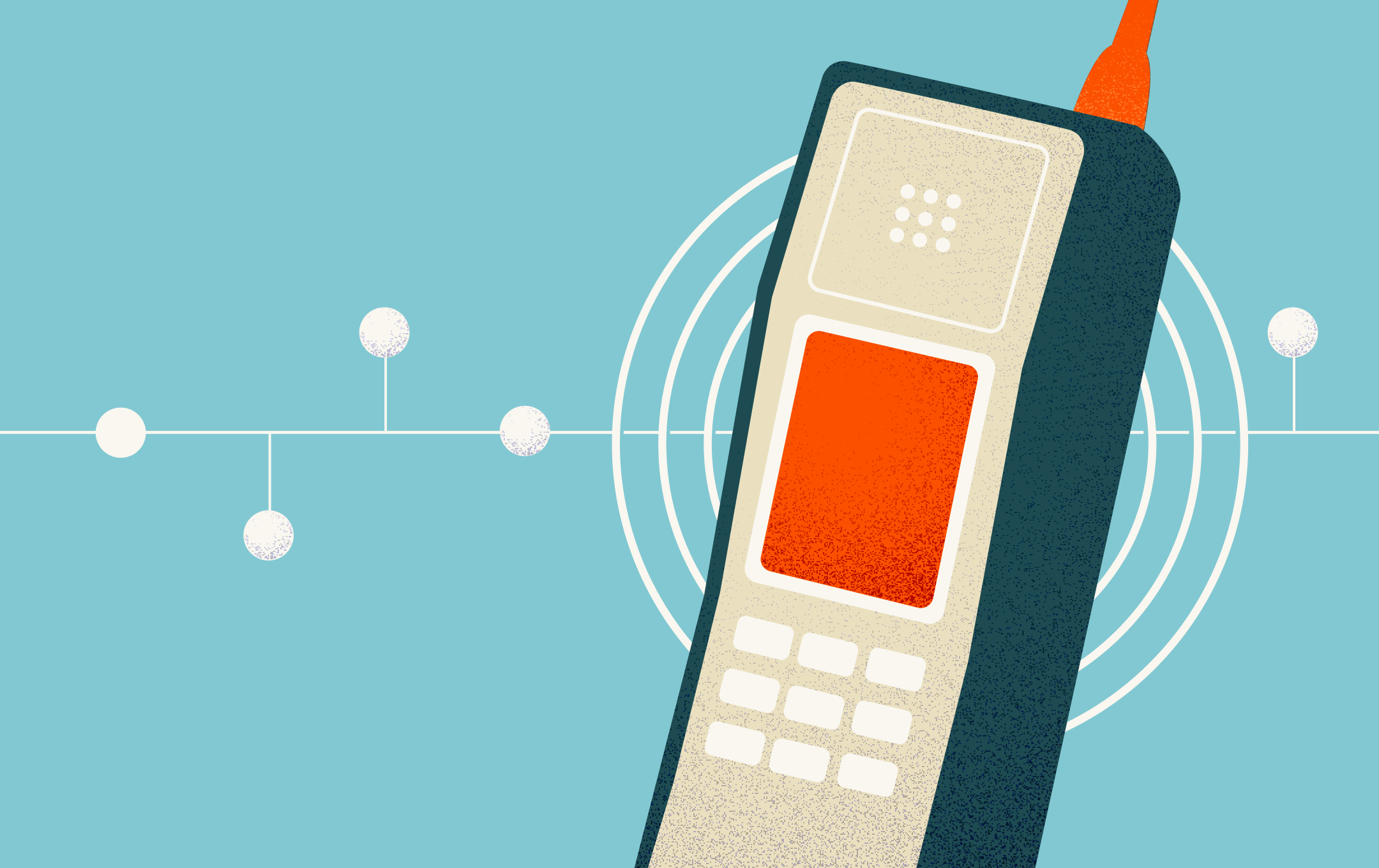 Posted In
Trends and Insights
Published

Written by
Elodie Huston
Elodie is a Content Marketing Manager on the Content Team. She spends her logged off hours cycling, scouting out soft serve, and yelling about really good books.
SMS 101

Get helpful tips to your inboxSign Up Now

SMS marketing has rapidly evolved over the past five years. Discover the catalysts that are driving many brands’ success with text messaging.

We’ve come a long way since the first text message was sent (“Merry Christmas,” sent on December 3, 1992, for all of you trivia heads). We’ve swapped T9 for GIF keyboards, and spending five cents per text for unlimited data plans. Text messaging is a part of our daily lives—and it’s now used for more than keeping up with friends and family.

SMS marketing is quickly becoming ubiquitous as consumers look for ways to quickly and directly engage with brands they love. This powerful marketing solution sits at the intersection of three major trends—the rapid growth of e-commerce, the widespread adoption of a mobile-first mindset, and the need for brands to build 1:1 relationships with consumers.

Here’s what has transformed SMS from just a means of communication into a marketing powerhouse:

Part I: The Evolution of the Smartphone

Coming in at 2.4 pounds with a battery life of 30 minutes (after a 10 hour charge), the first cell phone released in 1973 by Motorola wasn’t exactly conducive for on-the-go lifestyles. The $4,000 price tag wasn’t conducive to many people’s wallets, either. But by 1989, Motorola released the first flip phone, small enough to fit in your pocket. At the turn of the century, Nokia and Samsung arrived with much smaller phones.

From desktop to T9, to slider keyboards and clumsy thumbs

The first text message was sent in 1992 from a desktop computer because cell phones didn’t have keyboards. In 1993, Nokia released the first cell phone that was able to send text messages. Soon after, consumers could write messages through “T-9,” which allowed them to press a number corresponding to a letter. Ten years later, T-Mobile released their signature “Sidekick,” which came with a slide-out QWERTY keyboard.

The iPhone, released in 2007, was the first cell phone to have touchscreen functionality, internet access through Safari, a virtual keyboard, and full rich-text email access. Meanwhile, Blackberry’s BBM drove the rise in text messaging as users engaged in encrypted conversations on cellular networks.

2007 was also the first time in history that Americans sent and received more texts than phone calls.

Cell phone bills that made you (or your parents) go “yikes”

Cell phone plans charged you more for phone calls depending on the time of day or week, or if you left your coverage area. In 2008, it cost 15 cents to send a text message. Accessing the internet from your phone was a luxury—many of us can remember frantically trying to close the internet browser after accidentally pushing the button.

Only in the last five years did cell phones—let alone smartphones—become ubiquitous. For many teenagers, getting a cell phone when they began to drive as a “safety measure” was a rite of passage. Unlimited cellular data plans became the norm. In 2010, just 62.6 million consumers in the US had a smartphone. By 2015 that number had more than tripled—and by 2020 that number reached almost 250 million.

In 2000, only 22% of Americans had ever shopped online. By 2019, at least 80% did somewhat regularly. Up until the early 2000s, shopping was social and tactile: you went to a store to peruse items (and select the best for yourself), and then you spoke to someone to ultimately make a purchase. The widespread adoption of broadband made browsing online easier than ever, while the introduction of mobile internet meant that we could get online from anywhere, at any time. Meanwhile, online sellers tightened delivery windows from weeks to days to mere hours—often for free. In the past five years, retailers and e-commerce businesses have begun working together to make returning items purchased online a seamless experience.

Our smartphones have become our command centers  ‍

When cell phones first came out, we used them primarily to connect with family, friends, and colleagues. Today, it’s hard to imagine not being able to do something with your phone. Rapid developments in technology have made virtually every daily activity “connected.” We use our phones for everything from seeing who’s at our front door, to turning off the lights, turning up the music, ordering food, tracking our fitness, and even meeting partners. In short, our phones have basically become a remote control for our lives.

As a result, we’ve gotten really attached to our phones...‍

We check our phones an average of 96 times per day. That means we’re picking them up once every 10 minutes—a 20 percent increase from 3 years ago. We use our phones to navigate the world around us—and did even more as the world came to a halt in early 2020, and we heeded social distancing recommendations. For marketers, mobile is the most reliable channel to reach your audience. It’s where they’re most comfortable spending time. In fact, 82% of consumers primarily engage with marketing content on smartphones.

We use our phones at every stage of the buying process. There’s a new throughline—from discovering new products on Instagram, Pinterest, and Buzzfeed, to comparing  products, finding reviews, pulling up coupons in store, and clicking “buy,” we rely on our phones more than ever. Before the onset of COVID-19, 69% percent of in-store shoppers said they would prefer to check a product review on their phone instead of asking a store associate, and 53% want to use their phone to find deals rather than ask an associate about promotions. Between 2016 and 2019, mobile shopping sessions grew 70%. On Thanksgiving 2020, mobile accounted for 46.5% of online sales. By the end of 2020, mobile sales were predicted to make up 45% of the total e-commerce market. Today, 94% of consumers use mobile to shop online, with 57% of them primarily shopping on mobile. Just 6% primarily use desktop, according to our new consumer survey.

Consumers are looking for ways to connect 1:1 with brands

Social media and email marketing have boomed over the past decade, making consumers feel like they’re a part of a community. Their expectations have grown and now, they’re looking for an even more personal and direct way to keep in touch with brands. Communicating with your audience via text messaging—where they’re spending the majority of their time on their phones—and engaging in natural two-way conversations is a powerful way to acquire and retain customers. It’s also a powerful way to build an engaged audience of brand advocates. Our new consumer survey found that consumers want to hear from brands at least once per week; 58% want to hear from brands 2-3x per week, and 18% want to hear from brands once per day.

While consumers used to primarily sign up for SMS programs by texting in a keyword, today, they can opt in almost anywhere they want—whether on mobile or desktop websites, email, or social media. Consumers are incentivized to sign up for programs by receiving an exclusive offer or “staying in the know.” We’ve found that the top-performing sign-up incentives include rewarding subscribers with a dollar or percentage off discount, or giving a free gift with their next order.

SMS marketing conversations are more visually engaging than ever before  ‍

When you think of SMS marketing, you may envision a generic, text-only “batch-and-blast” alert from a brand about a sale. But consumers now expect a polished experience, complete with engaging graphics and highly relevant information. Brands are using Attentive to include GIFs, images, videos, and contact cards in their text message marketing to grab their subscribers’ attention and drive engagement—and it’s paying off. 51% of consumers say including a GIF or image in a text message will make them more likely to convert, according to our new consumer survey.

Automation is empowering marketers to have personalized conversations at scale‍

Spending hours upon hours sending text messages is a thing of the past. Our new consumer survey found that consumers are interested in communicating via text message throughout the entire customer journey—whether notifications about new product launches, transactional updates, or customer service via text. All you have to do is write your personalized text, set it live, and use that extra time and revenue to invest in 2021 projects.

The future of marketing is personalized, two-way conversations. Engaging in natural conversations via text is a powerful way to build brand affinity and increase repeat purchases. Consumers want to have their questions answered immediately, and they want a streamlined process. 93% of consumers indicated that they would interact with a brand for customer service via text messaging if they offered it, according to our new consumer survey. Brands are now integrating their customer service platforms with their SMS program so they can seamlessly handle any questions or hiccups as they arise. To personalize these conversations even further, many brands are integrating their SMS channel with their e-commerce platform (learn more about Attentive’s partnership with Shopify here).

As a result of stay-at-home orders that went into effect during the early months of COVID-19, consumers increasingly relied on e-commerce to make purchases. Growth that was expected to take over 5 years took place in a matter of months. US e-commerce sales were predicted to reach $794.5 billion in 2020, up 32.4% year-over-year. That growth rate was nearly double what was predicted before the onset of COVID-19. Cyber Monday became the largest online shopping day in US history, seeing $10.8 billion in sales—an increase of 15.1% YoY. 75% of consumers say they have shopped online more in 2020 than they did previously, according to our new consumer survey. And now that consumers have seen how convenient online shopping is and gotten comfortable making a variety of purchases online, e-commerce growth is showing no signs of slowing down.

Marketers are considering the different roles that different channels—like email, social media, and SMS—play in strengthening relationships with consumers. These channels are not “either/or”—they’re corresponding touchpoints that offer brands the ability to build thoughtful consumer experiences. Email marketing lends itself well to visual storytelling, while social media is especially effective at helping brands build communities. SMS helps brands build loyalty with existing customers and grow an audience of interested shoppers to convert mobile browsers into buyers.

Consumers want to give their favorite brands their number

In 2017, 79% of consumers said they would sign up to receive text messages from brands. In 2020, over 90% said they would, according to our new consumer survey. Even more, 55.8% of consumers are already subscribed and engaging with texts. And of those who have already signed up for texts in the past, 66% said they signed up to receive SMS updates from more brands over the past year. The rest are waiting on you to get started.

Some marketers are still waiting on the “right time” to start texting (spoiler: it’s right now)‍

In 2020, SMS was the only “emerging technology” that marketers planned to increase their investment in. Today, over 50% of online retailers are engaging consumers with text message marketing. There’s a lot of pent-up demand from consumers—over 90% are interested in texting with brands, presenting marketers with a significant opportunity to grow a loyal audience and drive revenue.

Part IV: What Comes Next

We’re just scratching the surface of what SMS can do for brands. There is so much growth potential across the customer lifecycle, and consumers are eager to connect with brands via text due to its convenience and interactive and engaging nature. SMS is only just starting to take its place in the mainstream—for consumers and the marketers who text them—and will soon become a cornerstone of brand communications and commerce. 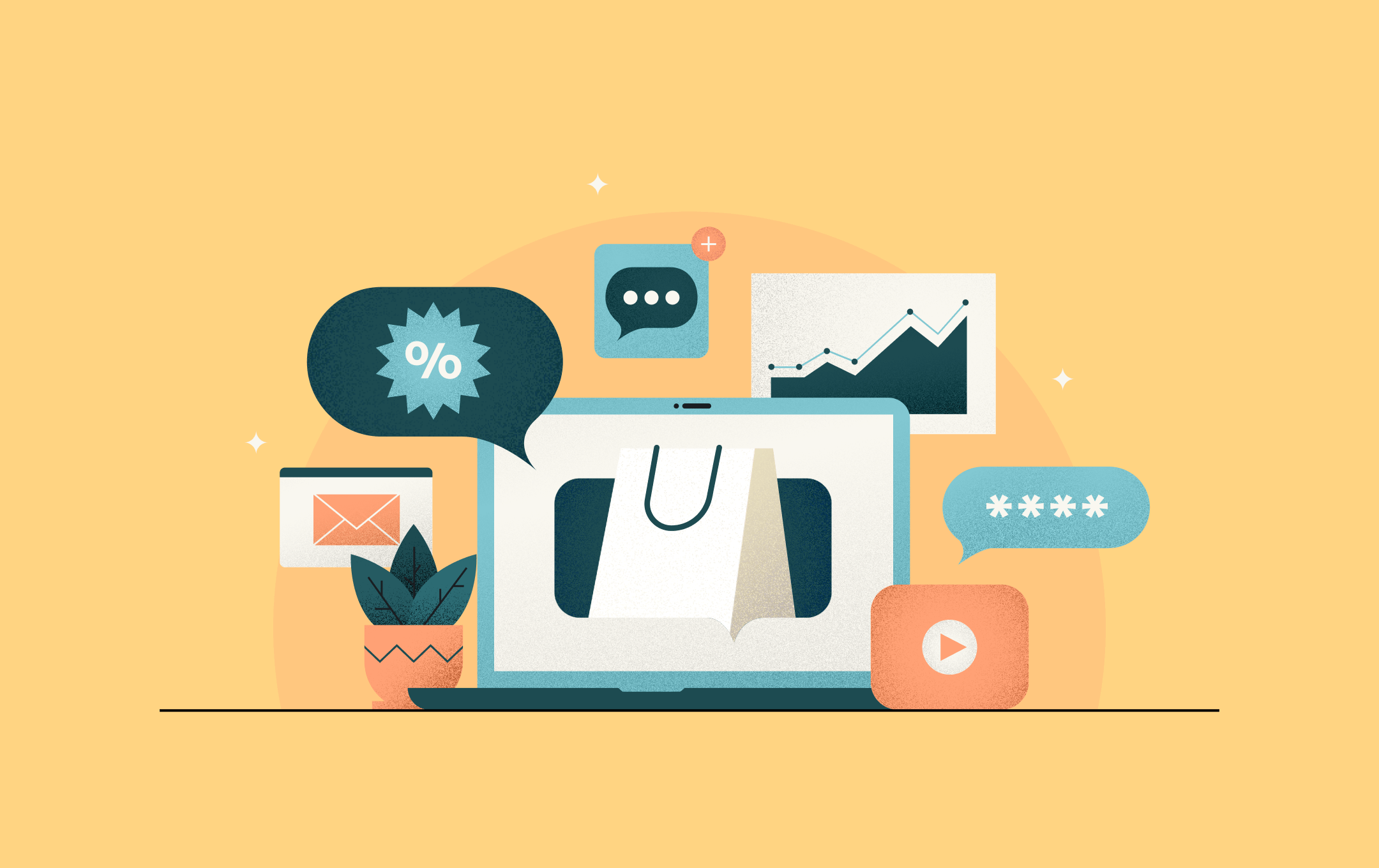 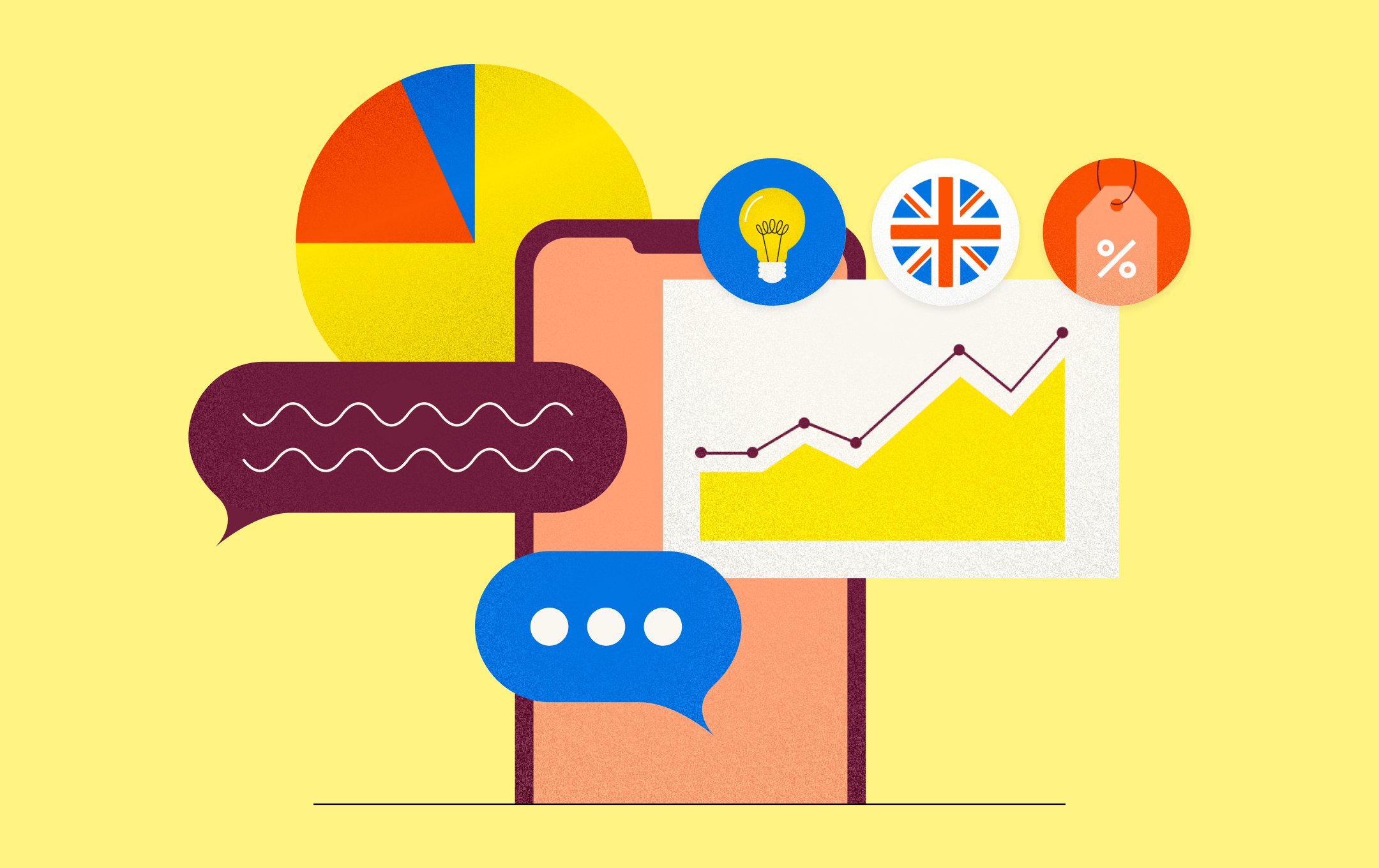 Trends and Insights[New Research] 90% of UK Consumers Are Interested in SMS Marketing From Brands. Here’s What You Need to Know. 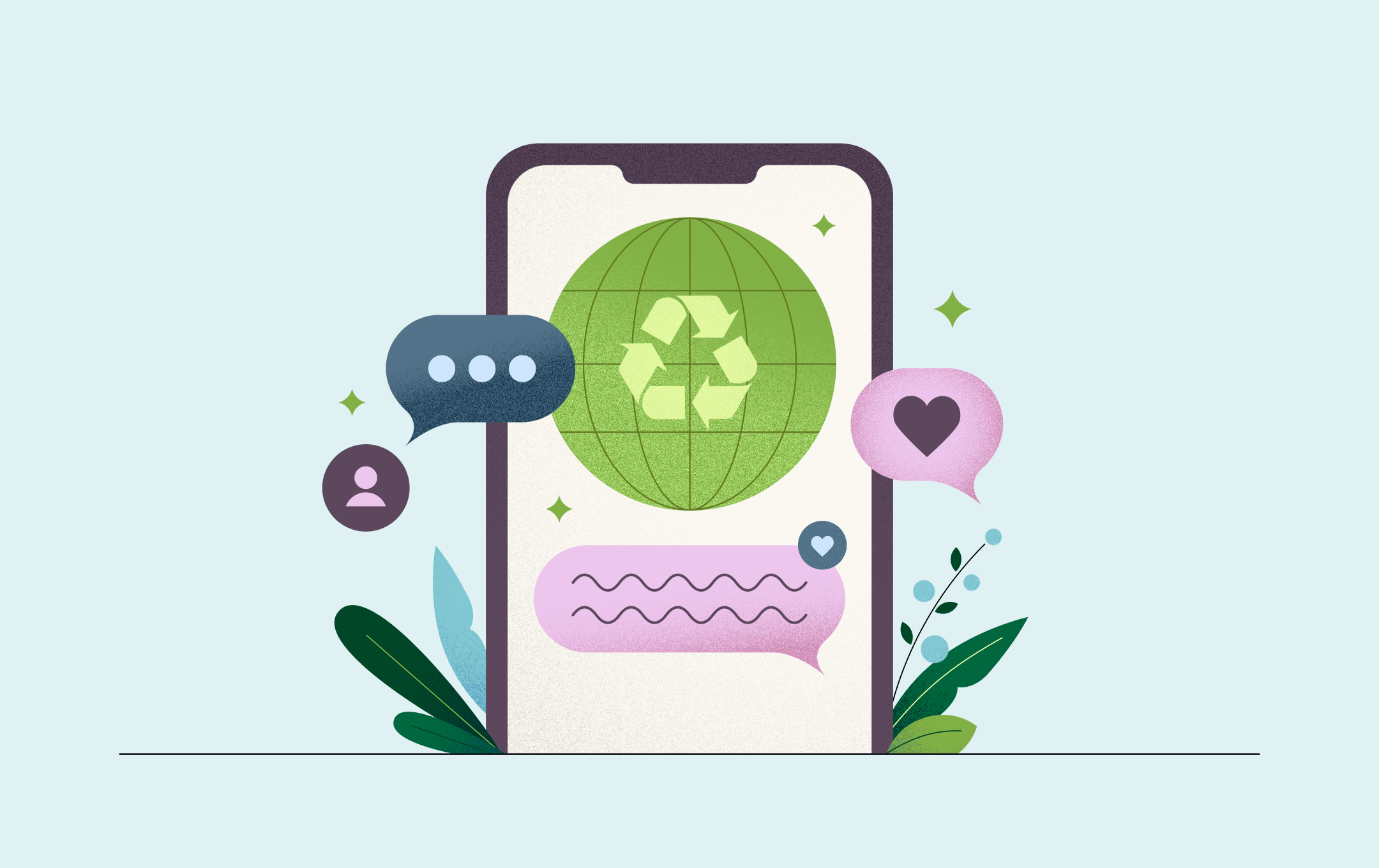 Trends and InsightsBeing a Purpose-Driven Brand Takes Work. Here’s Why It’s Worth It.