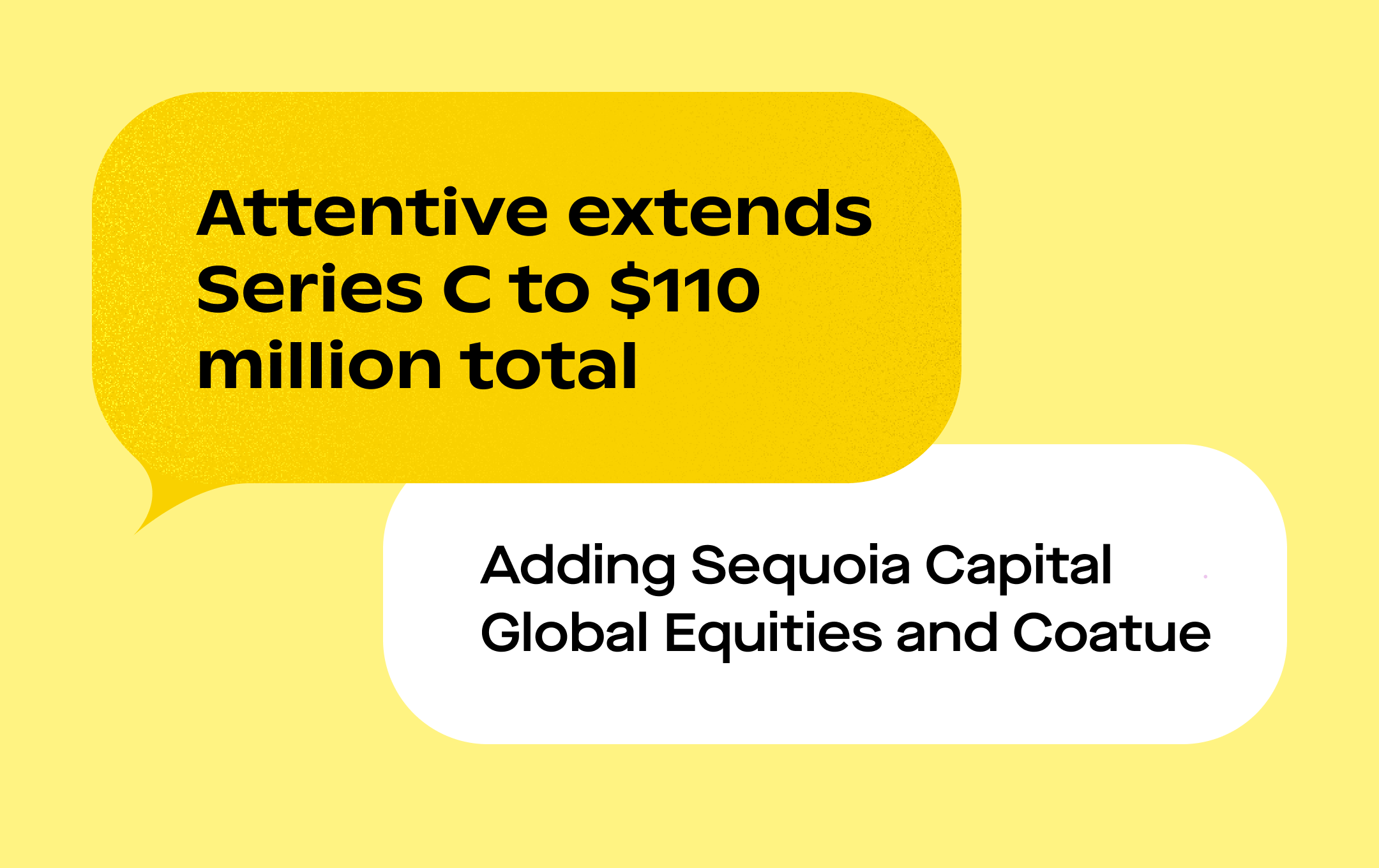 Written by
Brooke Burdge
Brooke is Attentive's SVP of Marketing. She spends her logged off hours on local adventures with her two dogs, scouring Pinterest for new baking recipes, and trying to keep her plants alive.
Company News

Get helpful tips to your inboxSign Up Now

This extension to Attentive’s latest round of funding will be used to further accelerate our rapid pace of innovation and overall business growth. Sequoia Capital Global Equities and Coatue are joining as new investors.

Today, we’re announcing that Attentive has extended Series C investment round to $110 million, with Sequoia Global Equities—Sequoia’s hybrid crossover fund—and Coatue joining as new investors. In late January, we announced our initial Series C round of $70 million, led by Sequoia and IVP, less than 6 months after the announcement of our Series B investment. This brings our total capital raised to $164 million—$150 million within the past eight months.

Personalized text messaging has emerged as a critical communications channel to meet the mobile-first consumer’s needs—allowing brands and organizations to engage with consumers via real-time, two-way conversations.

Attentive now works with over 1,000 leading businesses—like Coach, Urban Outfitters, CB2, PacSun, Lulus, and Jack in the Box—driving billions of dollars in transactions. By using Attentive’s patent-pending technology, companies can quickly grow a list of subscribers and automatically send personalized text messages throughout the customer journey.

Attentive’s rapid growth is an indicator of how consumers are eager to find a more direct, personalized, and efficient channel to interact with businesses. We’ve been impressed by how quickly Attentive’s business has scaled, its strong customer momentum, and the expertise of the team. We are thrilled to increase Sequoia’s partnership with Attentive through our Global Equities fund.

In the first quarter of 2020, Attentive saw a nearly 50% increase in daily average new subscribers, as well as strong continual growth of total text messaging volume. This rapid, sustained growth indicates that both consumers and businesses are equally embracing personalized text messaging.

This extension to our latest round of funding will allow us to further accelerate our rapid pace of innovation and overall business growth, by developing new product functionalities and recruiting top talent across all departments—with an emphasis on product, engineering, client strategy, and sales.

We’ve been closely analyzing the mobile messaging space, and it’s clear Attentive has emerged as the category leader. We’re excited to join Attentive’s Series C investment round and look forward to working closely with the team.

Attentive is also dedicating a portion of the new capital towards the creation of a fund that will help e-commerce, retail, food and beverage, and educational institutions navigate the current climate by providing them with access to Attentive’s technology and strategic guidance. More information about the fund will be released in the coming weeks.

Thank you to all of our customers, investors, advisors, and industry partners for your continued support of Attentive.

READ THE FULL ARTICLE ON TECHCRUNCH 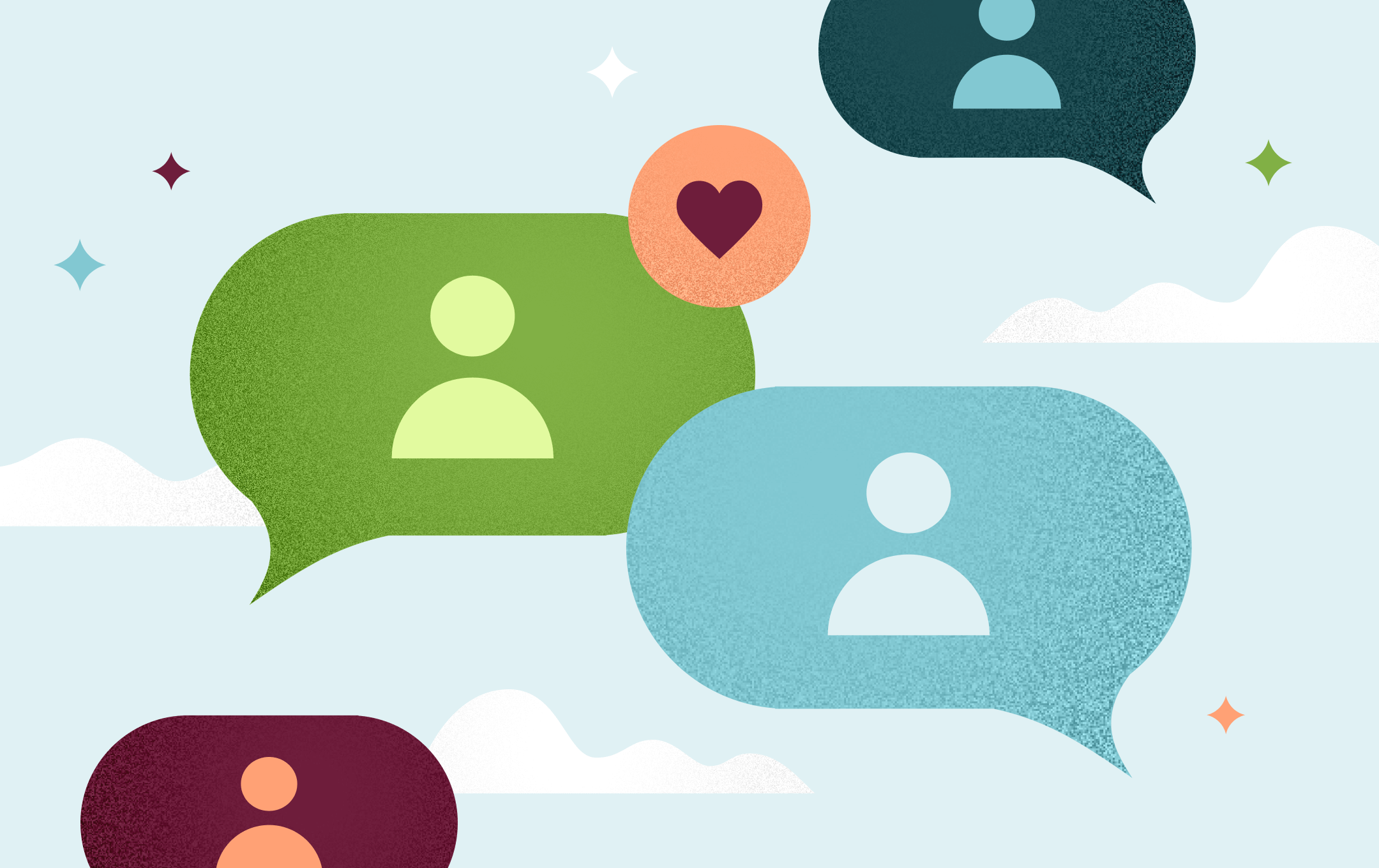 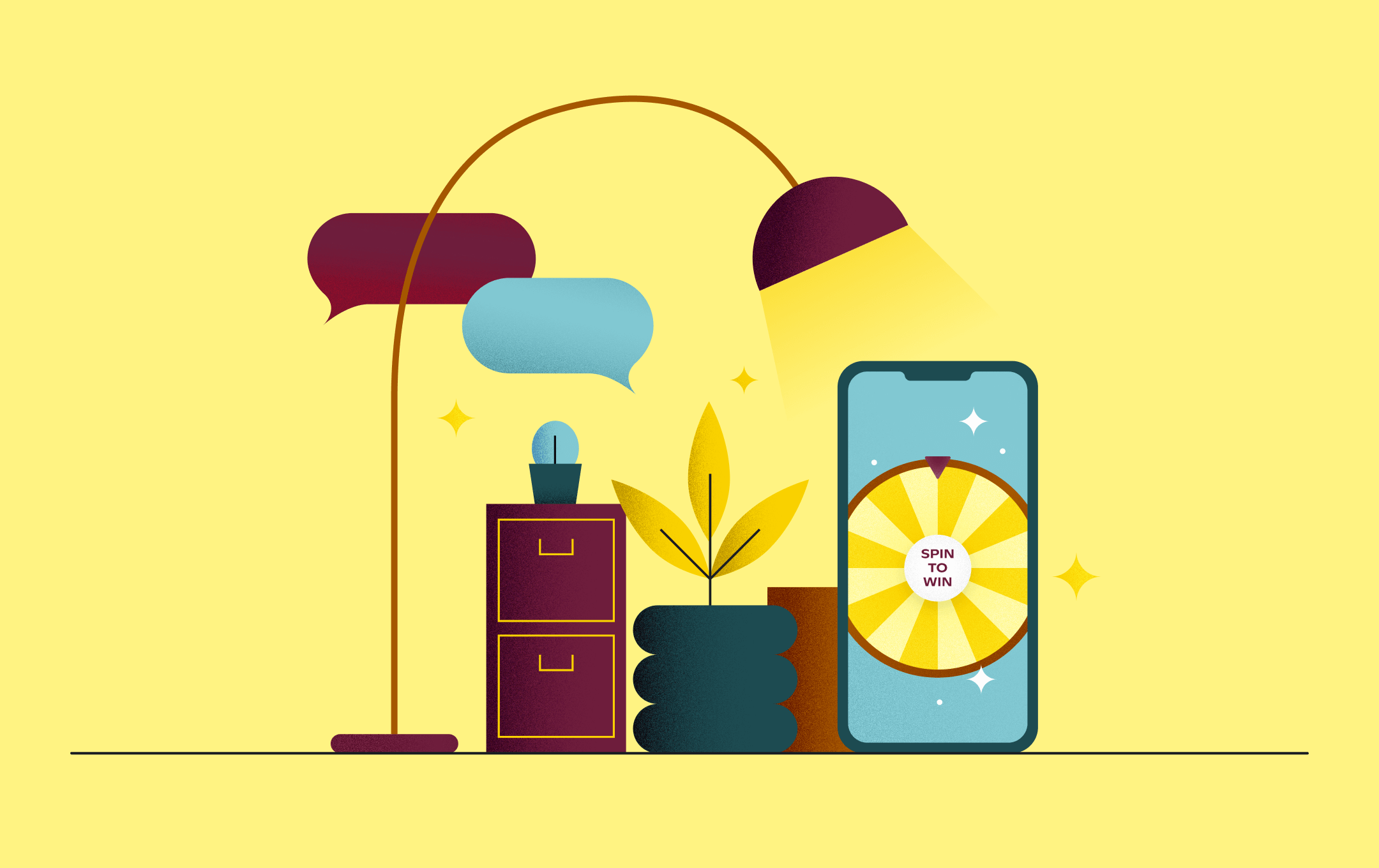